Our algorithm engines have alerted this setup and it’s now worth establishing the entry conditions. The stock has just traded into the first level of the entry point band and we therefore, begin adding exposure.

In a weak market we could see BXB trade down to the lower range of the entry band, therefore, we split the entry parcel into two equal buy orders and place one at today’s open and the remaining 50% parcel at the lower band price of $11.50. If both orders are filled, this will generate an average entry price of around $11.85. 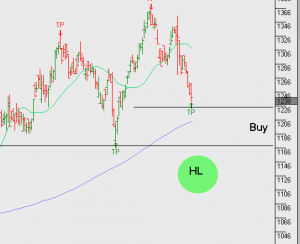 There’s no denying that PE’s on the property trusts look stretched and we are likely facing a period of price consolidation. Earnings growth is attractive but yields have compressed too far. In some cases, yields on property trusts of barely 3% offer investors little risk reward. However, if you feel the US will not raise rates in September, you may share my view that we could see another bounce, (approximately 5%), yet to play out.

WFD, GPT and SCG are all on my radar as buy signals. I think we get a small bounce from here and it will then pay to sell tight covered calls to double the cash flow over the next 6 months, whilst still remaining exposed to the next round of dividends.

Feel free to contact me leon@investorsignals.com to discuss how we can help set up these strategies and others on your investment portfolio.

Orica (ORI.ASX) short trade triggered 10 days back is now starting to roll over. This was mentioned in our monthly strategy piece, (see YouTube channel), posted at the beginning of the month. With the weak earnings trend and sector headwinds, it may pay to give this one some room to move lower and trail the stop loss down to lock in profits on the way. 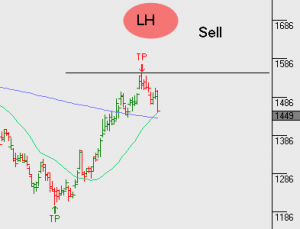 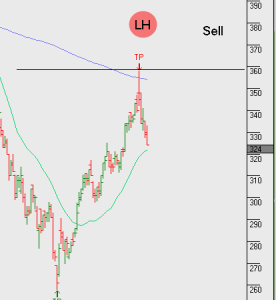 Today we started selling the $6.25 November calls against client holdings for a credit of $0.14, this added premium complements the upcoming dividend of $0.07, (fully franked), on the 31st of August, (ex div date).

If exercised, the return on this trade will be approximately 15% for 5 months exposure.

For clients not yet set in SGR, our algorithm engine will continue tracking for new entry opportunities. 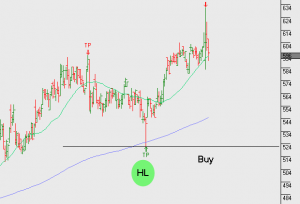 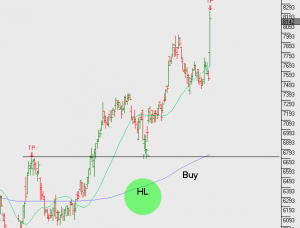 By the end of the NY trading session on Friday, it turned out to be a great day for the US Dollar. The USD posted gains against all the G-7 currency pairs after FED Chair Janet Yellen’s speech at the Jackson Hole Global Economic Forum. In fact, the EUR/USD, AUD/USD and USD/JPY all posted key reversal price patterns for the week.

Interestingly, though, it wasn’t Ms Yellen’s words which sparked the rally in the Greenback, derailed the early rally in the SP 500 and sent gold to a one month low at 1314.00. But rather, the later clarification of her comments by FED Vice-Chair Stanley Fischer which brought higher US rates back into play.

Ms Yellen’s comment that ” a case for an increase in the federal funds rate has strengthen in recent months” was followed by a sharp rally in Gold and US equities, and a moderate drop in the USD. However, later in the NY session, Mr Fischer was far more explicit when he said Ms Yellen’s comments were consistent with a possible rate hike in September and that two rate hikes this year is still possible.

Throughout last week, there were consistently hawkish statements from US policymakers who all seem to agree that US inflation is on the rise, wages are growing at a consistent pace and the jobs market is close to full employment. Mr Fischer made it clear that this week’s Non-Farm Payroll data would be a crucial component to the FOMC’s decision to further normalize rates on September 21st.

Since the monthly employment figures are among the most significant reports in the monthly data cycle, this may or may not be the case. However, the market took the bait on Mr Fischer’s comments and ramped up the odds of a September rate hike to 42% from 32% the previous day…..which is the highest probability in over a month. On balance, many economists are forecasting the US economy to accelerate  into the end of the year as the Atlanta FED GDP tracker is at 3.4%, and the NY FED tracker at 2.8%.

With the US Payroll data scheduled on Friday, it’s unlikely that financial markets will trade sideways throughout the week. Other market moving data points this week include Australian building approvals on Tuesday, Eurozone PMIs on Wednesday and UK manufacturing PMIs on Thursday.

As a general trading strategy, it’s our base case that the market reaction on Friday illustrates a further widening of the Central Bank divergence theme in which US monetary policy continues to have a tightening bias, while other central banks are increasing fiscal and monetary stimulus. As such, we suggest maintaining a bullish market posture on the US Dollar.

The US Dollar, Treasury markets and global stock indexes all remained within recent ranges as investors eagerly await Fed Chair Janet Yellen’s speech; which some believe could provide clarity on whether US interest rates will rise again this year. Ms Yellen will deliver the keynote address at the global central bank gathering at Jackson Hole, Wyoming at around midnight, Sydney time.

The idea is that she could send a clear signal that the FOMC is gearing up for another rate hike this year, but the likely outcome is that she will maintain her less committed stance that policy transmission trajectory will remain data-dependent and that all policy meetings are “live”.

Taking into account that two other FED leaders, William Dudley and Stanley Fisher, have already expressed their views that interest rate normalization will continue this year, it seems unreasonable to expect that Ms Yellen will substantially stray from the generally upbeat US economic theme. This idea is underscored by the fact that the topic of her speech, “Designing Resilient Monetary Policy  Frameworks for the Future”, really has nothing to do with current policy decisions.

So does this mean that Ms Yellen’s speech will be a non-event? Probably not.

Although a rate hike in September seems unlikely, there is little upside to be gained by Ms Yellen ruling it out. The FED wants investors to believe that every meeting is actionable, even though there is no historical precedent for a move in November; the month of a national election. According to today’s Fed Fund futures, the market has raised the odds of a move in September to 28% from 26% just after the US payroll data on august 5th.

We see Woolworths breaking out of the 18 month downtrend and beginning a new technical structure of higher highs and higher lows. We collected call premium over recent time and intentionally left the stock uncovered coming into this result. With the stock now back at our fair value target, we look to sell covered calls at or near the $26 range into November or December. 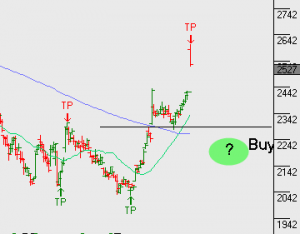 Amcor (AMC.ASX) NPAT US$670m, EPS of $0.57 and final dividend of $0.22 CPS was inline with consensus. The numbers reflect a flat result on the same time last year, however, FY17 should see a return to underlying growth in the range of 5 – 7%.

We continue to see this as a buy on the dip story. Where we own AMC in the model from lower levels, we’ve been selling call options to enhance the yield. 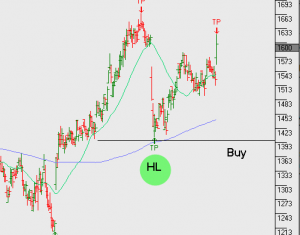