Despite the announcement that both WA and VIC will raise race field fees, the share price of TAH continues to build upside support from the $4.50 area.

Several broker notes have suggested that even though the increased fees could lower net profits by close to $5 million, the consensus price target remains in the $5.20 to $5.50 range.

Our ALGO engine triggered a buy signal on TAH at $4.22 on April 4th and the stock was included in our Top 100 Portfolio in early February.

TAH will pay a 12.5 cent dividend on August 11th and we suggest accumulating shares at these levels. 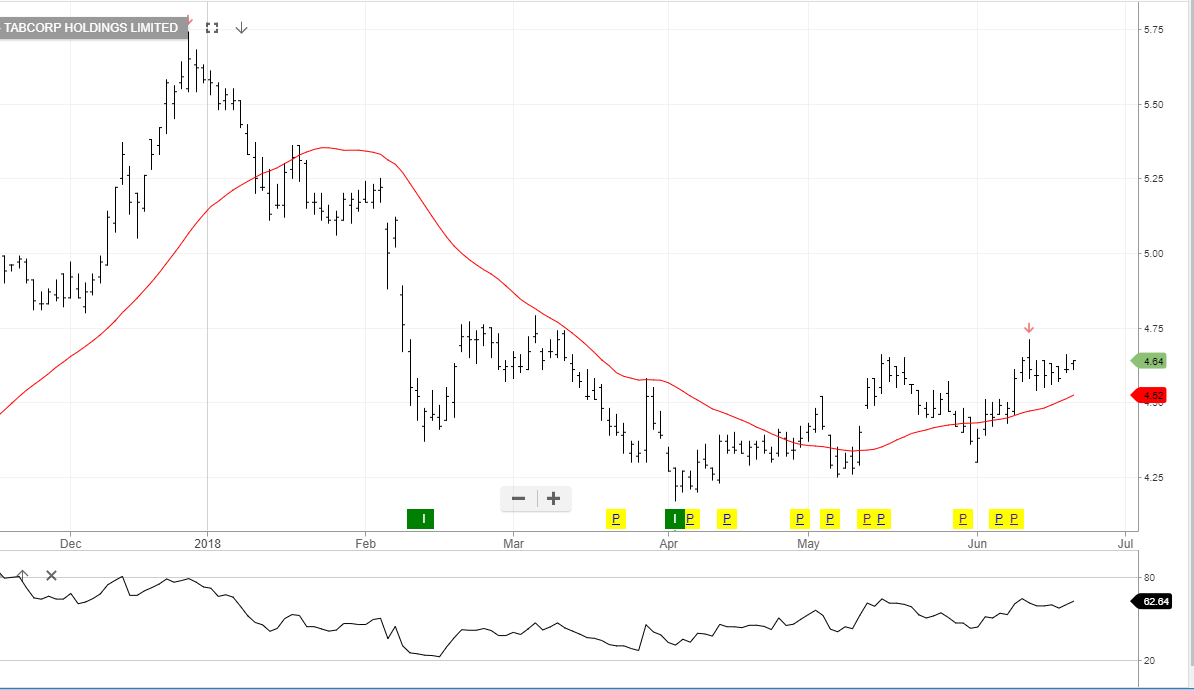