Last Friday, the private hospital group announced an unsolicited offer for almost a $1 billion to take over Capio AB, a European healthcare company.

Over the weekend, the Capio board unanimously rejected the deal.

Over the last 2 months, the RHC share price has dropped over 16%. Most of this negative sentiment is based on the company’s admission that earnings growth will contract from 8% to 5% over the next year.

At current prices, we see RHC on a 2.9% dividend yield. As such, we consider the stock near fair value and would look to acquire it at lower levels. 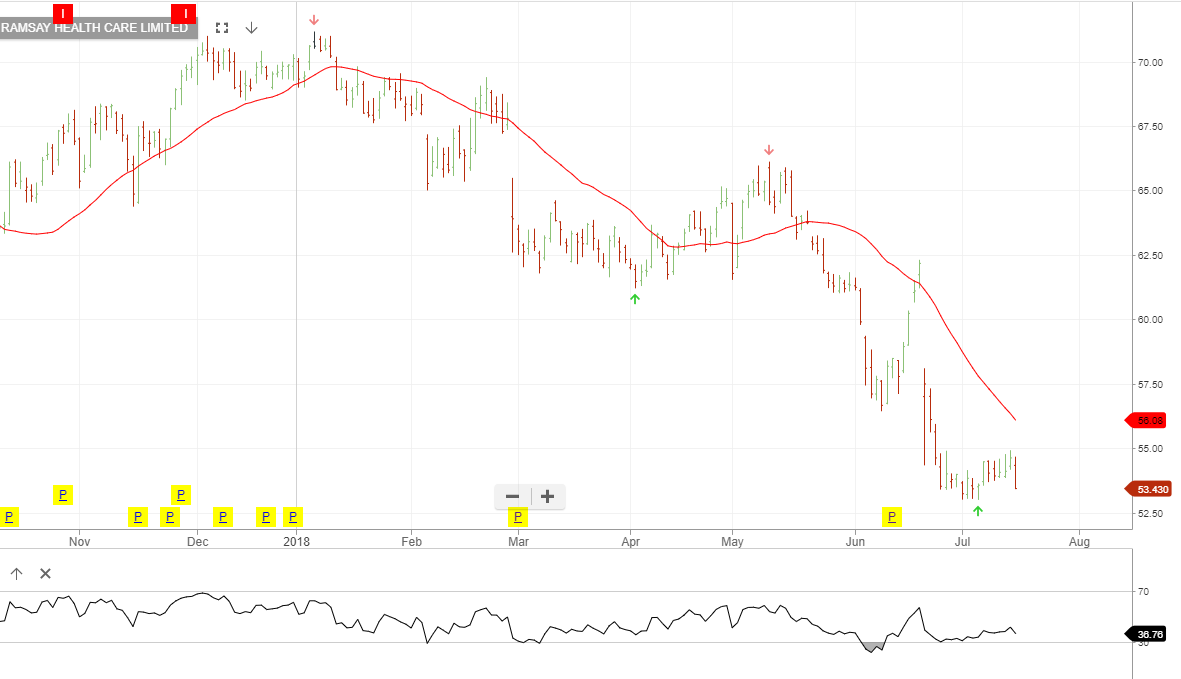