Our ALGO engine triggered a buy signal for Evolution Mining into yesterday’s ASX close at $2.92.

This “higher low” pattern is referenced to the intra-day low of $2.86 posted on June 19th.

A recent broker report suggests that EVN has several overseas mining assets on its acquisition  radar.

The report also showed that EVN’s cash balance increased over the last quarter by $115 million to $332 million, while the company’s net debt fell from $187 million to $71 million.

EVN was added to our ASX Top 100 Model portfolio on July 17th. 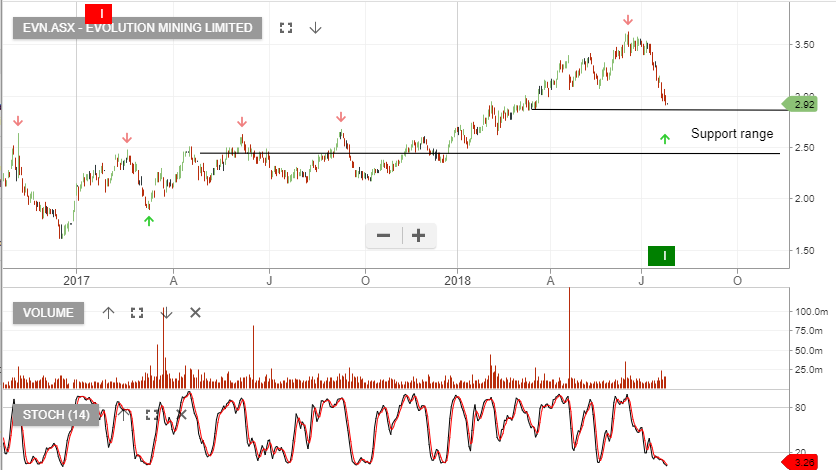