Shares of Amcor are down over 4.5% in early trade as the market digests the $7 billion (all script) takeover of US packaging peer, Bemis Company.

Logistically, the takeover bid maker sense since 85% of AMC’s revenue is from the US, Europe and the Middle East.

Along those same lines, a large proportion of AMC’s share registry is made up of international investors, which suggests the company will eventually de-list on the ASX to join the NYSE.

Monday’s announcement was not a surprise as the company has disclosed that they were in negotiations with Bemis for over a year.

Our ALGO engine has triggered several sell signals over the last week and we have been advising investors to either exit the stock or employ a buy/write strategy into October. 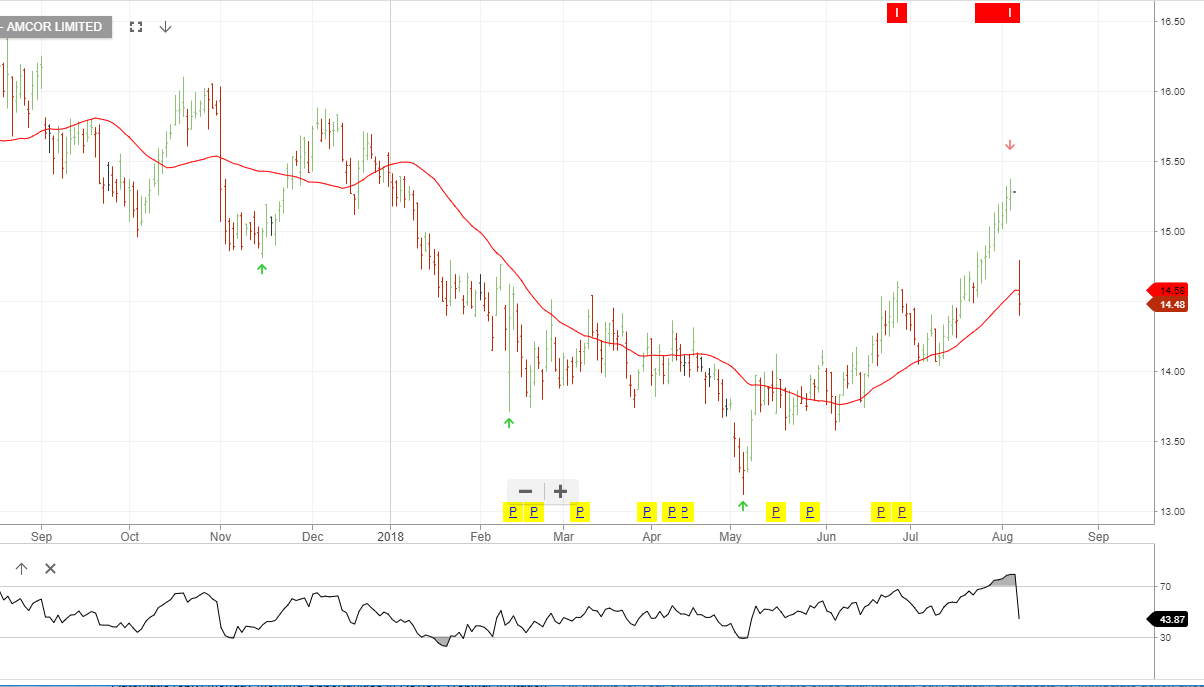