IZZ, (iShares China Large Cap ETF) is a current holding in our ETF model portfolio and following the positive outcome to the US China trade talks at the G20, we expect to see IZZ continue to trade higher.

Support is at $55 and we see room for a material push higher.

We see support building near the current lows. 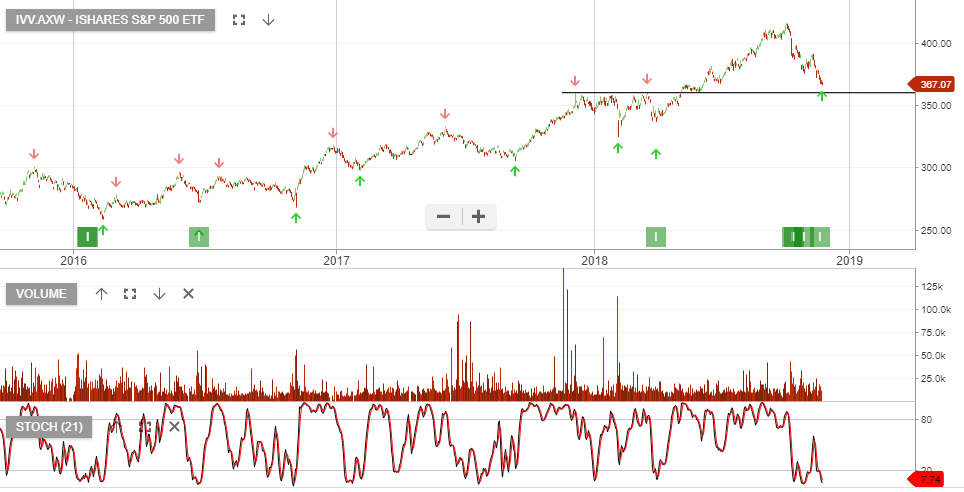 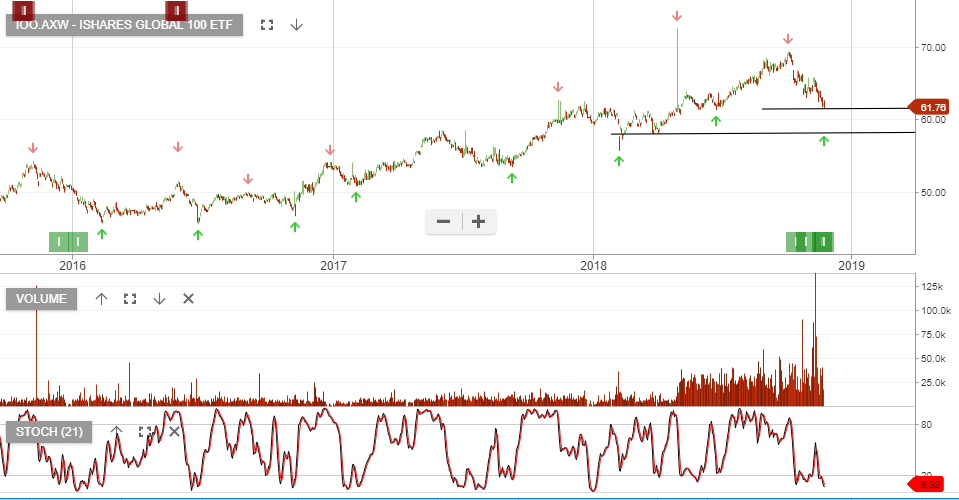 Recent price action has found medium-term support at $55 and stop losses should be consider on a break back below this level.

CSL is one of the best performing stocks within the ASX20, ASX50 and ASX100 model portfolios.

Since being added in May 2015 the share price is up 113% including dividends.

The recent retracement in the share price provides another opportunity for investors to add CSL to their portfolios. 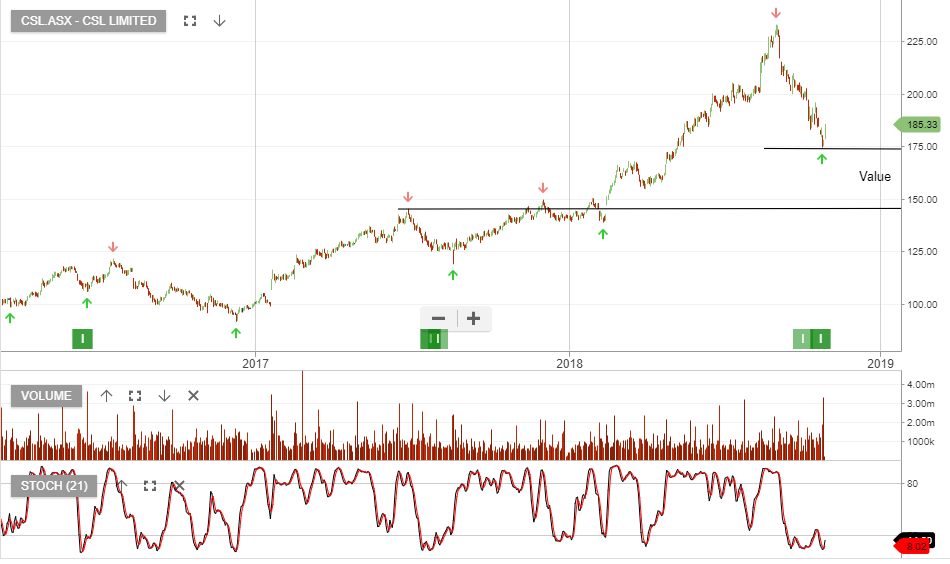 The company also delivered robust top-line growth, which came in ahead of market expectations. Gross margins held at 58+%. 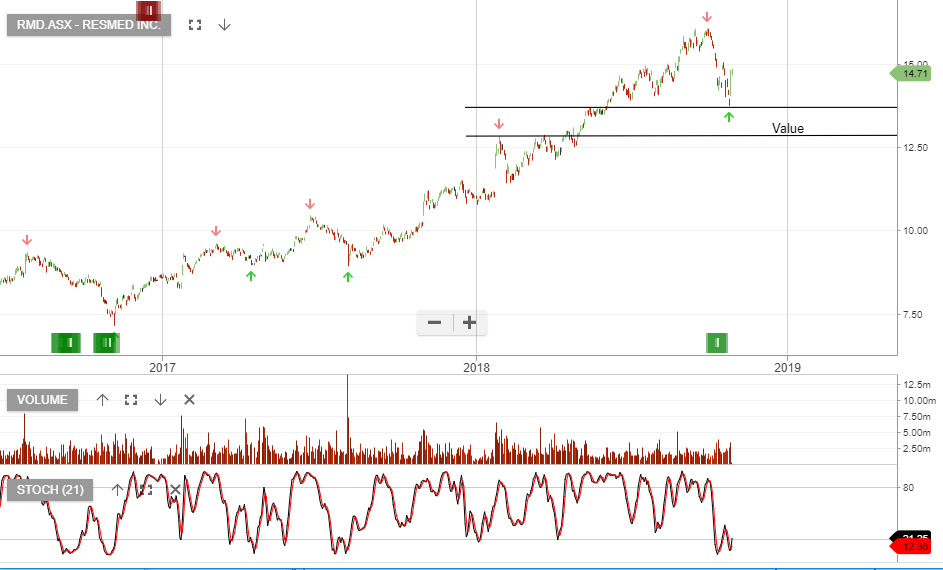 There is a high probability that we’re now looking at oversold levels on both of these ETF’s and value is beginning to emerge. 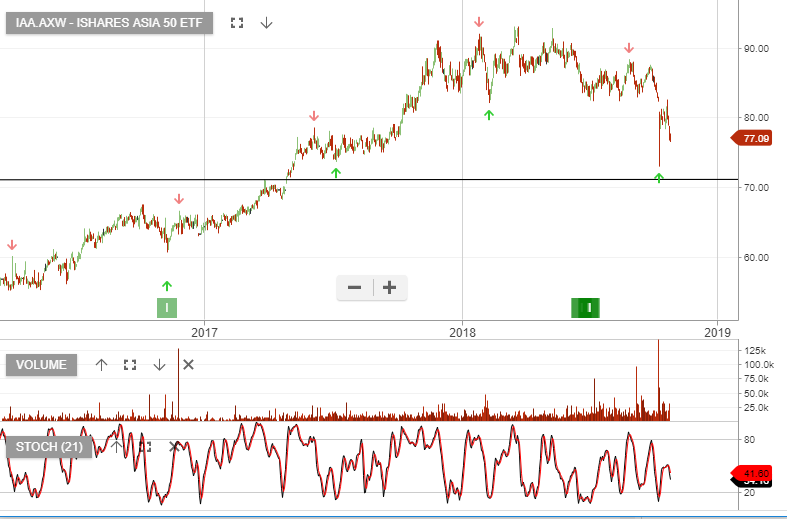 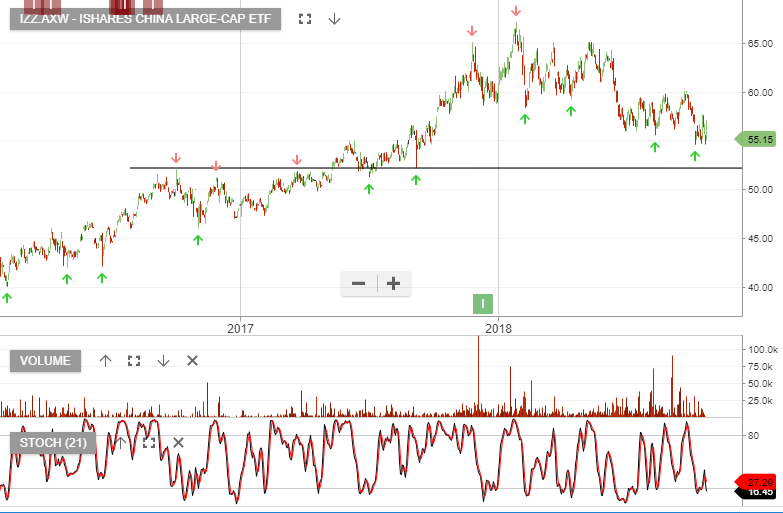 ANZ is expected to report its FY18 result on 31 October. 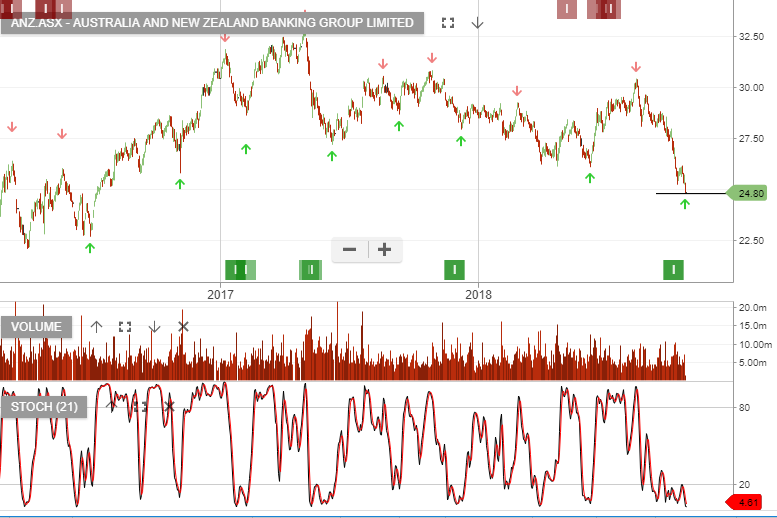 NAB is scheduled to report its FY18 result on the 1st of November. The next downside target is near the $24.00 area.

Vaneck Vestors Australian Bank ETF has been under ALGO Engine sell conditions since early July. The sell-off so far represents a 20% correction. 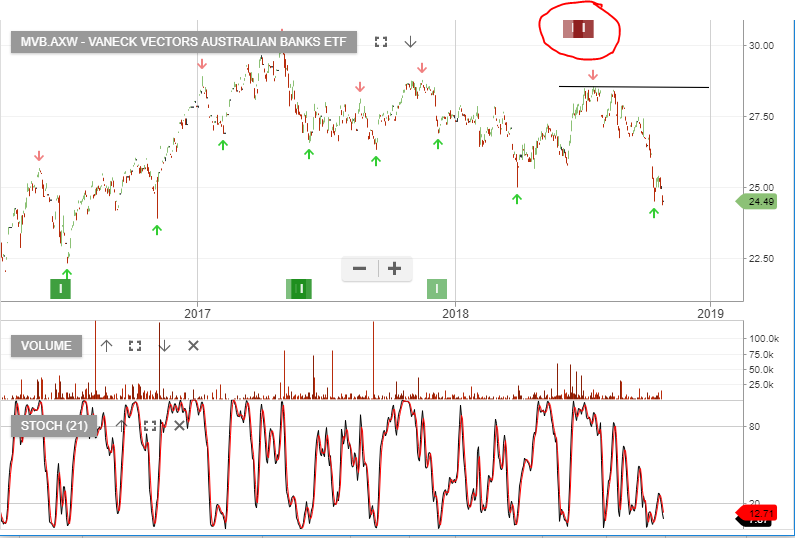 We covered this name in the recent “Opportunities in Review” webinar and suggested adding it to  your watch list.

Investors with a medium term outlook can consider accumulating within the $6.00 – $6.50 range.

A combination of firm Gold prices and investors’ interest in holding shares in hard assets has been bullish for the stock.

NCM will release its quarterly sales and revenue numbers tomorrow.

Recall that NCM shares rallied to $21.95 after the release of their Q4 production numbers showed a 15% increase in production to just under 635,000 ounces.

We suggest adding to long positions in NCM with an initial target of $21.50 followed by $22.40 over the medium-term. 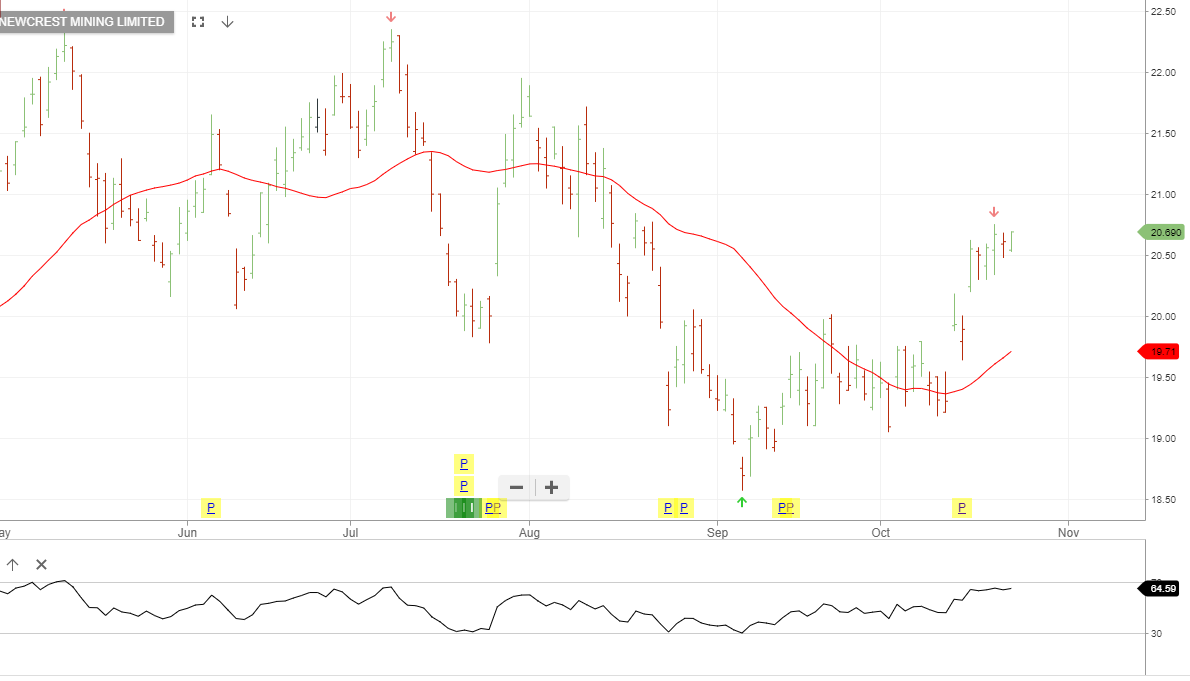 The market is looking for Domino’s to grow earnings in FY19 at 10%.

We believe the February result will miss consensus expectations and will act as a catalyst for downside selling pressure to build. 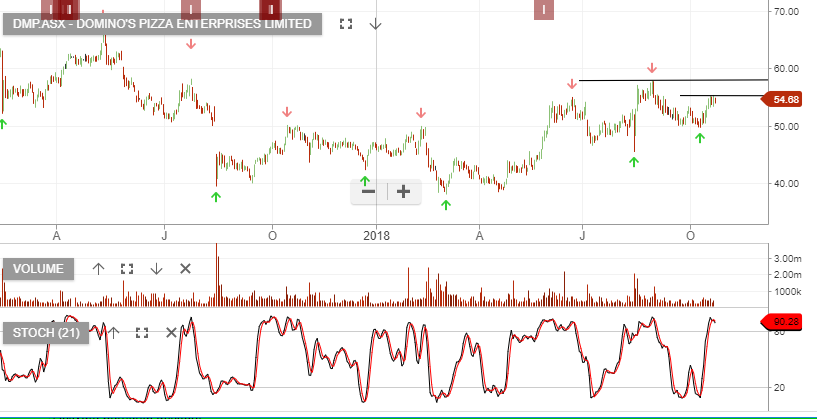