Oil prices fell almost 10% overnight after rallying 37% at the end of last week.

The rally last week was ignited following President Donald Trump saying to CNBC on Thursday that he expected Russian President Vladimir Putin and Saudi Crown Prince Mohammed Bin Salman to announce a deal to cut production by up to 15 million barrels, and that he had spoken to both countries’ leaders.

The meeting was set for Monday and then “by no surprise really”, it was canceled on the weekend and maybe rescheduled for Thursday.

These on-again-off-again negotiations with OPEC are common. We expect a deal of some description to be reached and a production cut should be forthcoming.

Watch oil for a classic “FTFT” technical pattern. We look to buy the dip on this pullback.

Copper is now trading 50% below 2010 high.  We recommend buying OZ Minerals as a proxy for long copper and gold. OZ Minerals has an expanding production profile as the Carrapateena copper-gold mine in South Australia comes online. 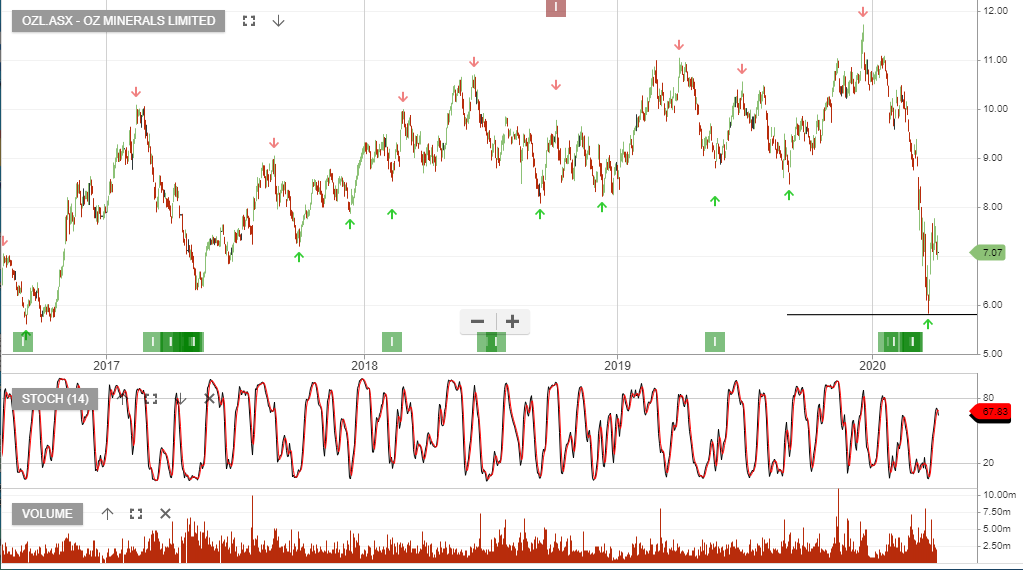 DON’T MISS OUT – Registrations are still open for Monday’s Opportunities in Review webinar.

SPECIAL SEGMENT: Normally our market analysis focuses on medium-term investment trends but with the increase of “work from home” hours in most people’s lives, we’ve created a special segment in this week’s “Opportunities in Review” webinar where we will cover strategies for day trading the current market volatility.

Webinar: The Importance of Accurate Price Valuations in a Volatile Market.

Leon will be hosting our next webinar on Monday at 11:30am (NSW Time).

Please use this form to register for the webinar.  You will be emailed with a link when the webinar begins.

Suncorp has selling resistance at $9.61 and we expect continued downside pressure on the share price. 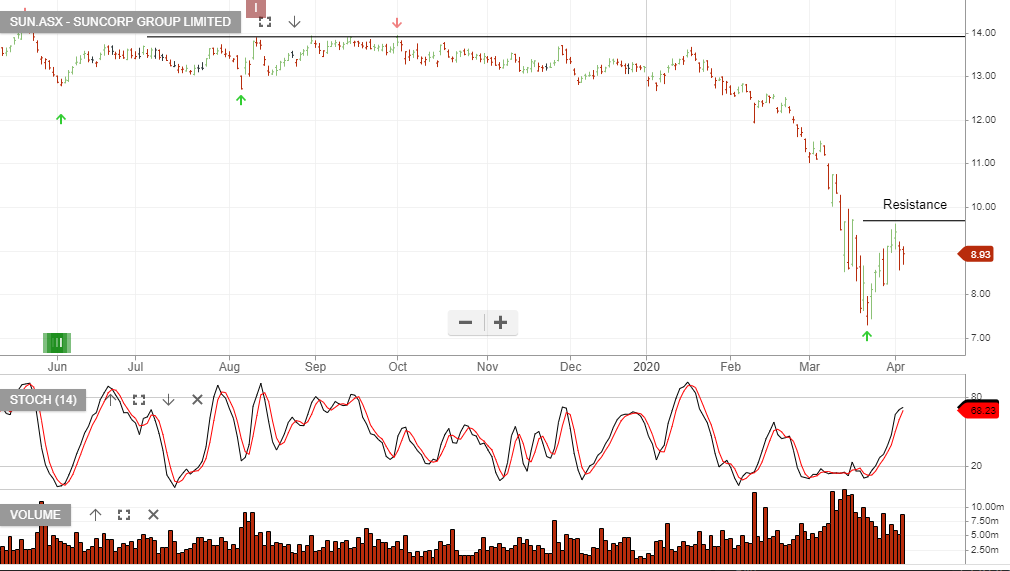 Short-term traders may wish to track TWE on the open and run a  stop loss below the $9.65 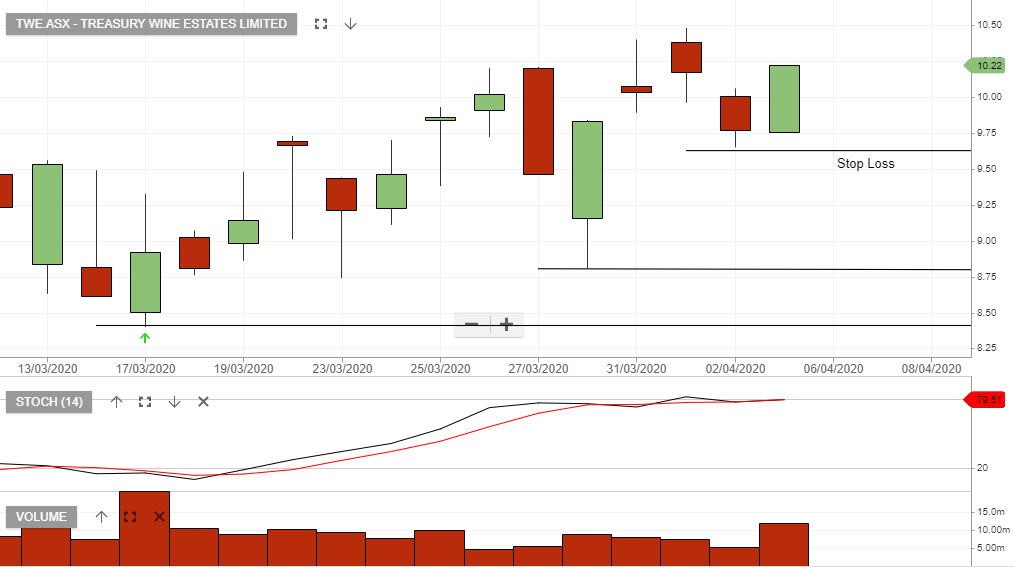 Amcor look for short-term momentum indicators to roll over and selling resistance to build within the range indicated below. 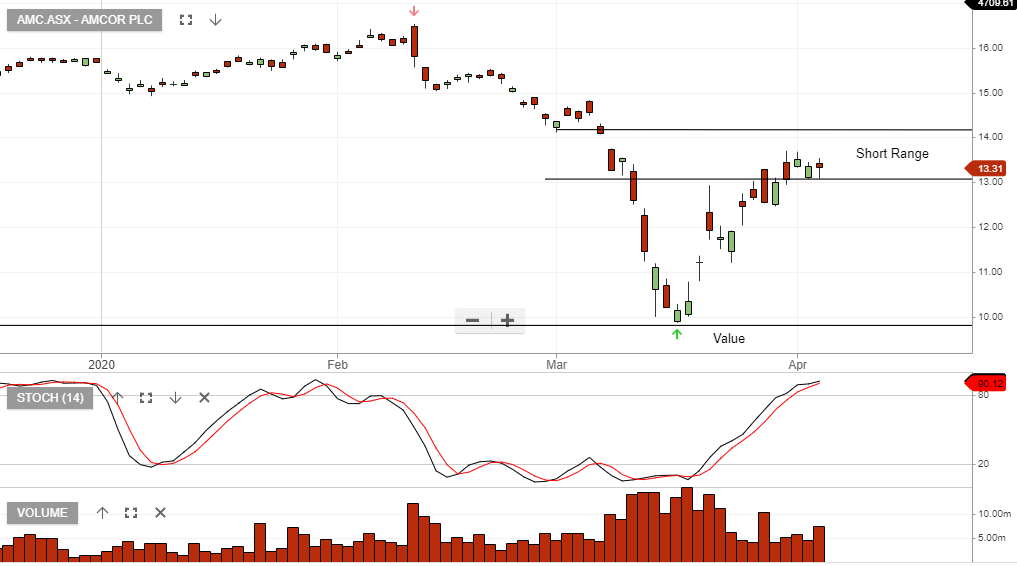 Newcrest Mining Long NCM with a stop loss at $22.50 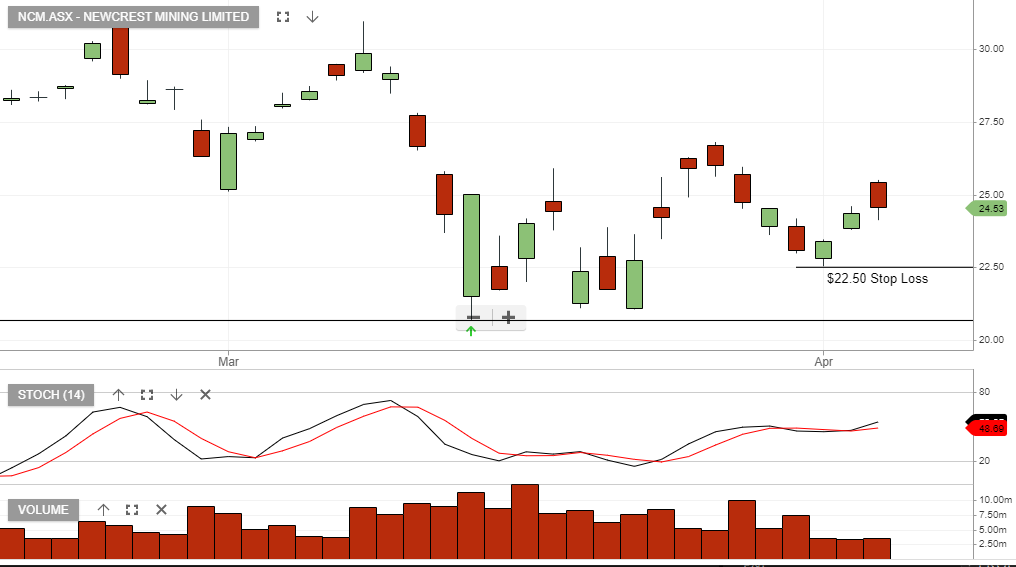 Sorry, but this content is restricted to our subscribers.

Please login with your account or register for a free trial.

If you are having an issue with your account, then please get in touch with us.

Earlier this week European banks announced they will be suspending dividends. If the banks are to receive bailouts from the central banks, this will likely follow in other countries.

RBNZ today announced it has agreed with the banks that during this period of economic uncertainty there will be no payment of dividends on ordinary shares.

Downside risks remain for Australian banks and we identify short term resistance in ANZ as an example of the price pattern playing out across the sector. 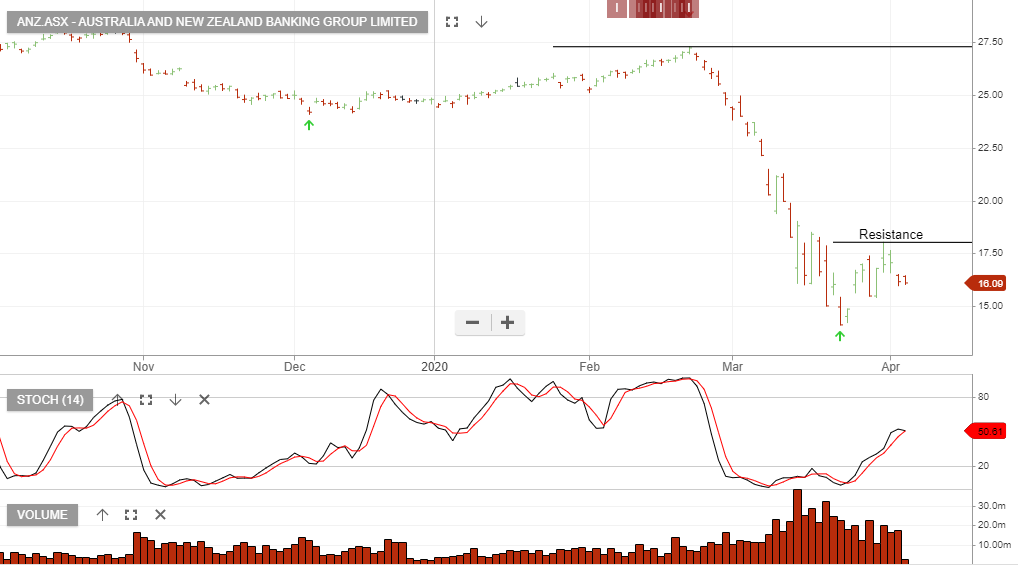 Woolworths Group is a suitable buy-write opportunity where investors are looking to generate income. 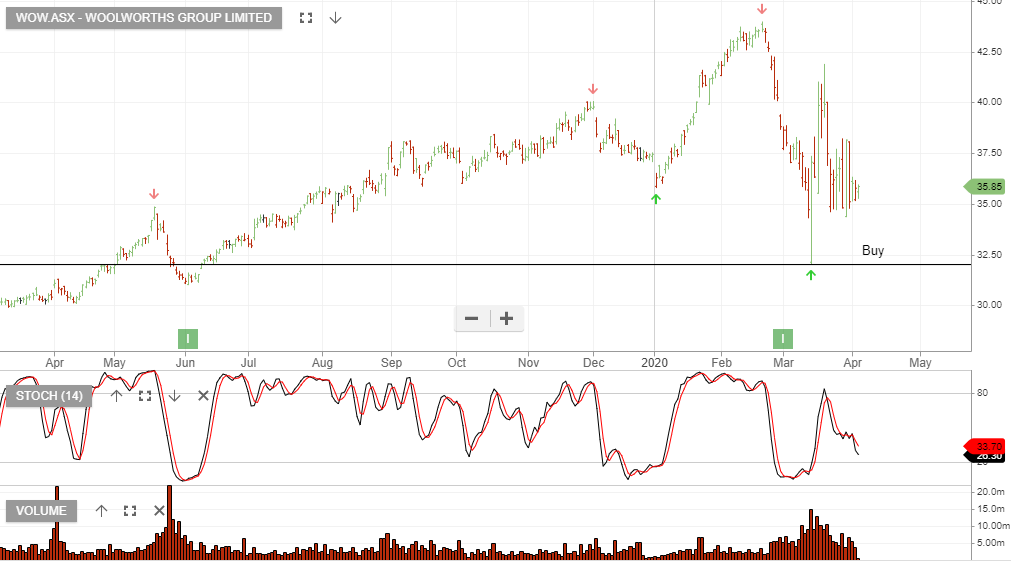