Oil Search is a current holding in our ASX 100 model portfolio.

We continue to rate OSH as a buy within the large cap oil and gas space. The strength of its earnings and quality of its growth profile should deliver long term shareholder value.

The market remains too conservative on the upside potential of the PNG expansion and optionality on Alaska projects.

The price of West Texas Intermediate crude oil dropped over 7% and reached a 14-month low of $50.15 in overnight trade in New York.

Yesterday’s price action extends the rout in crude oil to over 35% since posting a high of $76.90 on October 3rd.

In response, Saudi officials announced that they will attend next week’s G-20 summit in Argentina to meet with US and Russian representatives in front of the OPEC meeting on December 6th in Vienna.

Local oil names STO, OSH and WPL are all under ALGO buy signals and will stand to benefit from any indication that OPEC will cut production into 2019.

The price of West Texas Intermediate (WTI) Crude oil surged to a 4-year high of $76.90 just over a month ago.

Since then WTI prices have plummeted almost 30% and reached a low of $54.70 this week.

It’s clear that the market overestimated the impact of Iranian sanctions, increases in Non-OPEC production and the forecasts for lower oil demand in 2019 from the EIA.

Aside from the technically oversold conditions, the OPEC producers have hinted that they will take measures to shore up crude oil prices when they meet in Vienna on December 6th.

After trading to 18-months lows earlier this week, both WPL and OSH are now under ALGO buy signals.

We consider a price reversion to higher levels a likely outcome with initial resistance for WPL at $35.05 and OSH at $8.15. 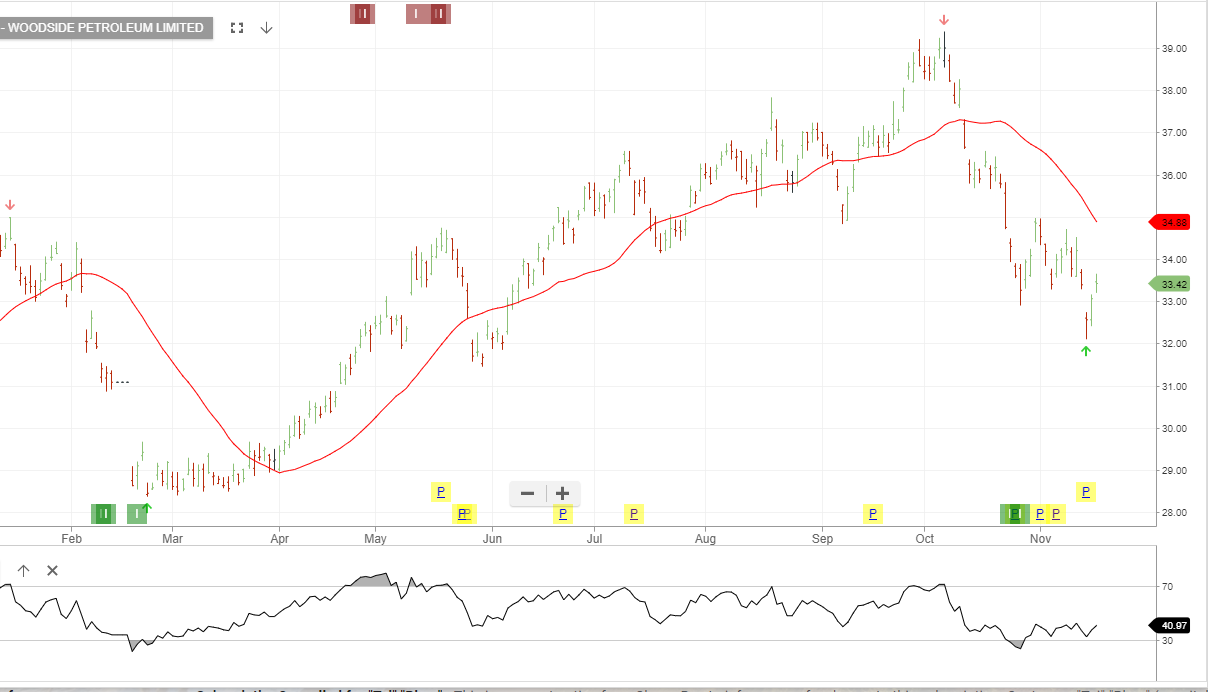 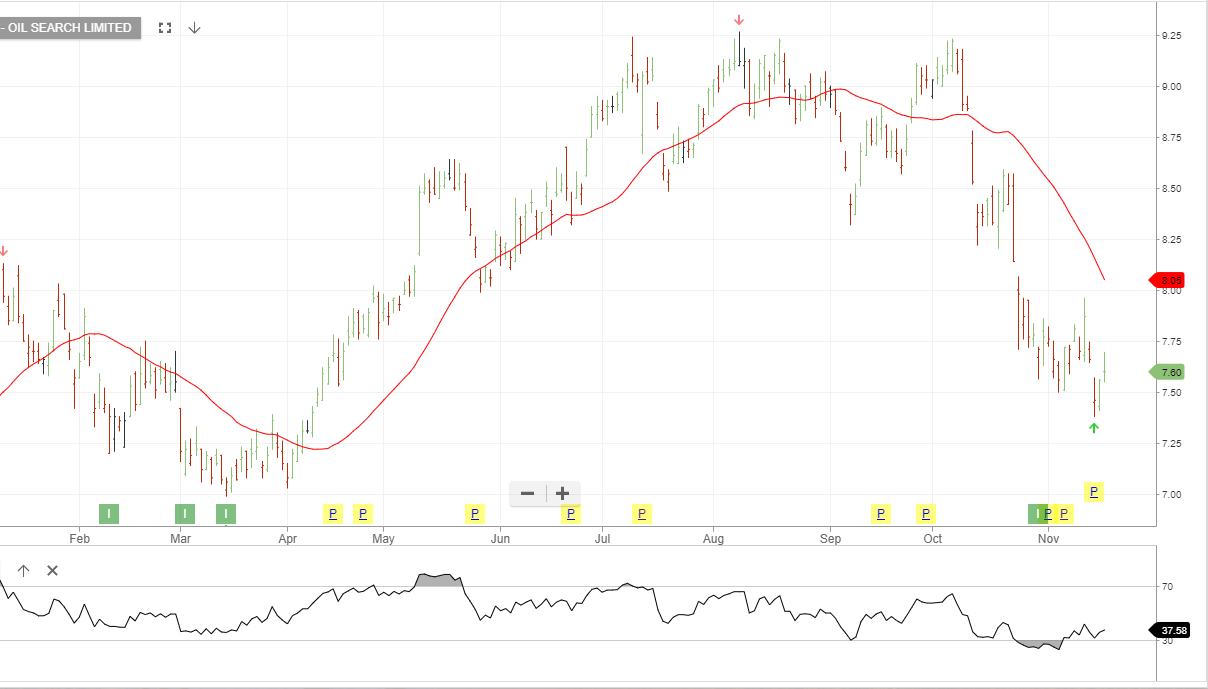 The horizontal channel on the WPL chart below indicates our target price range where we believe new buying interest will begin to build.

The mid-point is approximately $32.00

STO & OSH should also be considered. 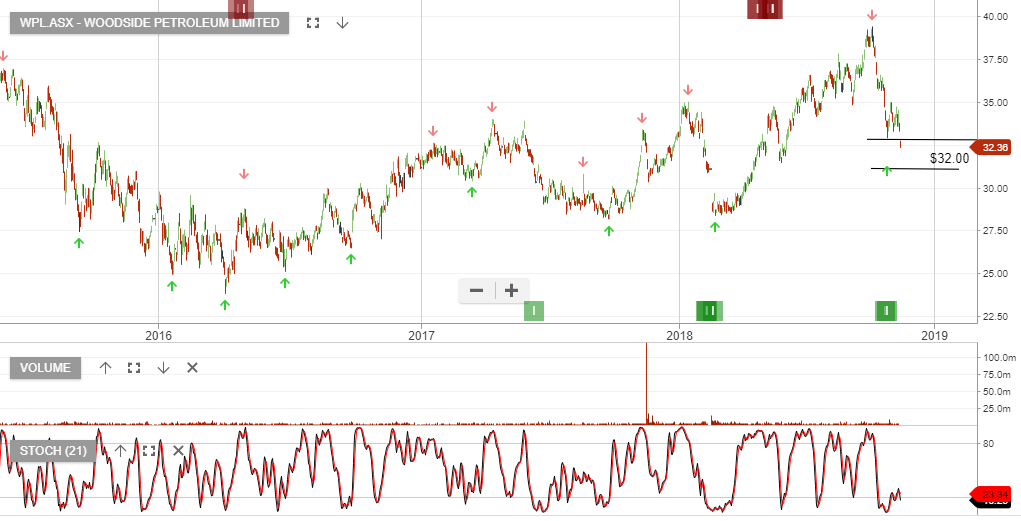 Our ALGO Engine generated a buy signal in Oil Search at $7.50 on October 30th.

OSH is our preferred value opportunity even though WPL and STO also look reasonable over the medium-term.

The combination of trade wars, the global equity market slump and increasing oil stockpiles has raised concerns about oil demand, which pushed the WTI price 10.8% lower during October.

However, with official US sanctions on Iranian oil set to begin on November 4th, some analysts are looking for a bounce in crude oil prices.

Recent hurricane activity in the US has overshadowed a report from the International Energy Agency which showed daily Crude Oil production from OPEC climbed by 420,000 barrels for the month of August to just over 32 million barrels per day.

That increase in output has more than made up for the potential decline in Iranian production due to US economic sanctions.

With this in mind, we see topping patterns in both WPL and OSH on the daily charts.

We don’t have recent signals on either stock at the moment.

However, we would expect the recent increase in production, coupled with the risk of lower demand, will put downside pressure on both of these names over the near term. 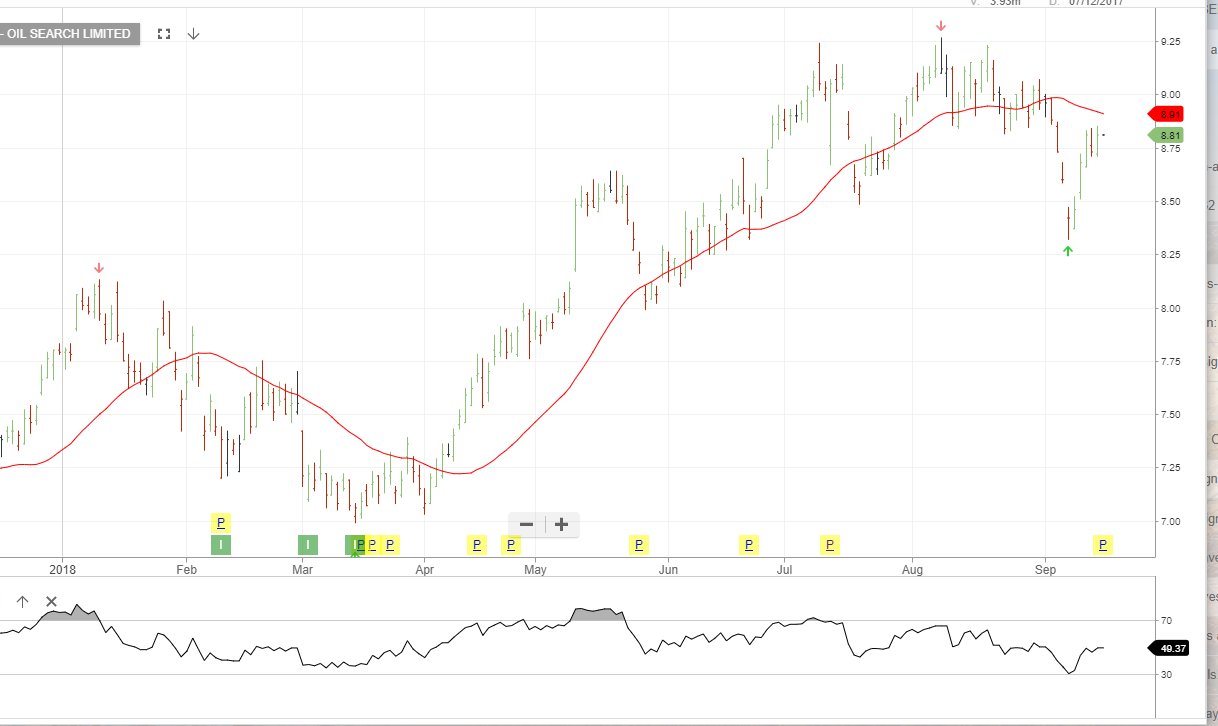 Increased trade friction between the US and China pushed WTI lower in Asian tarde, while news that Liyba and Saudi Arabia have increased production by a combined 800,000 barrels per day pushed the market through key support levels.

Similarly, local oil names, OSH, STO, WPL and ORG have rallied over the last month and appear to have more downside price potential over the near-term.

OSH will announce their quarterly production report next Tuesday and STO and WPL will release their reports next Thursday.

We have traded both sides of these names over the last 12 months and will update with specific entry levels near lower technical support areas over the medium-term. 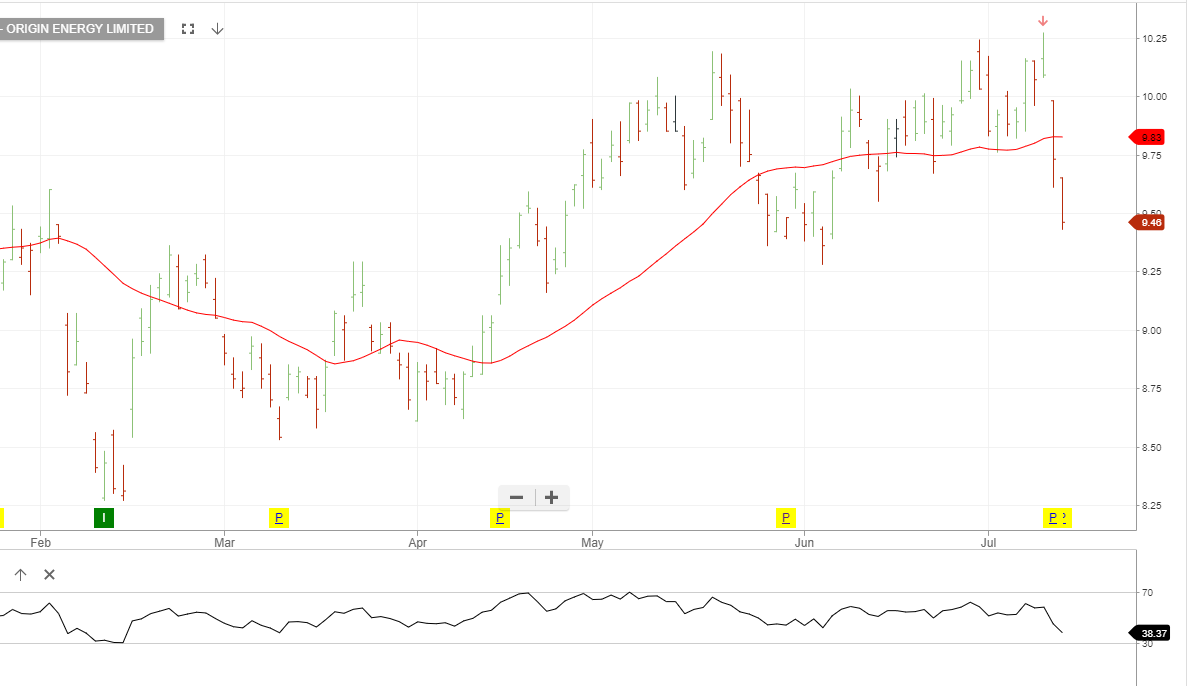 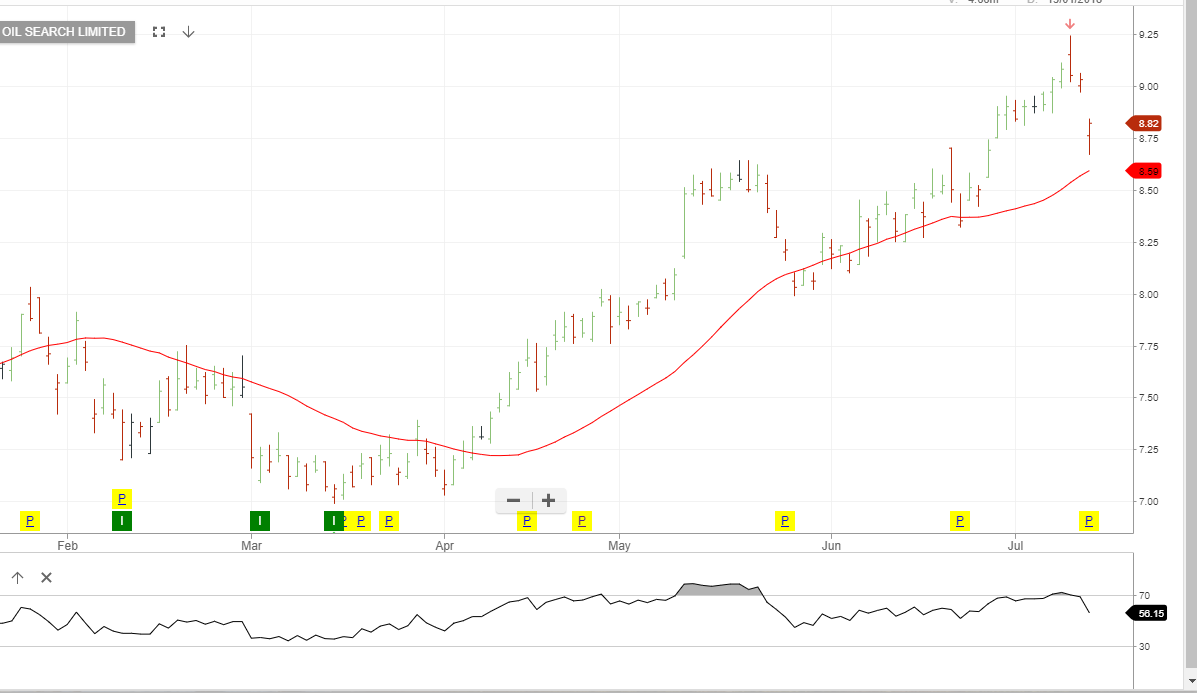 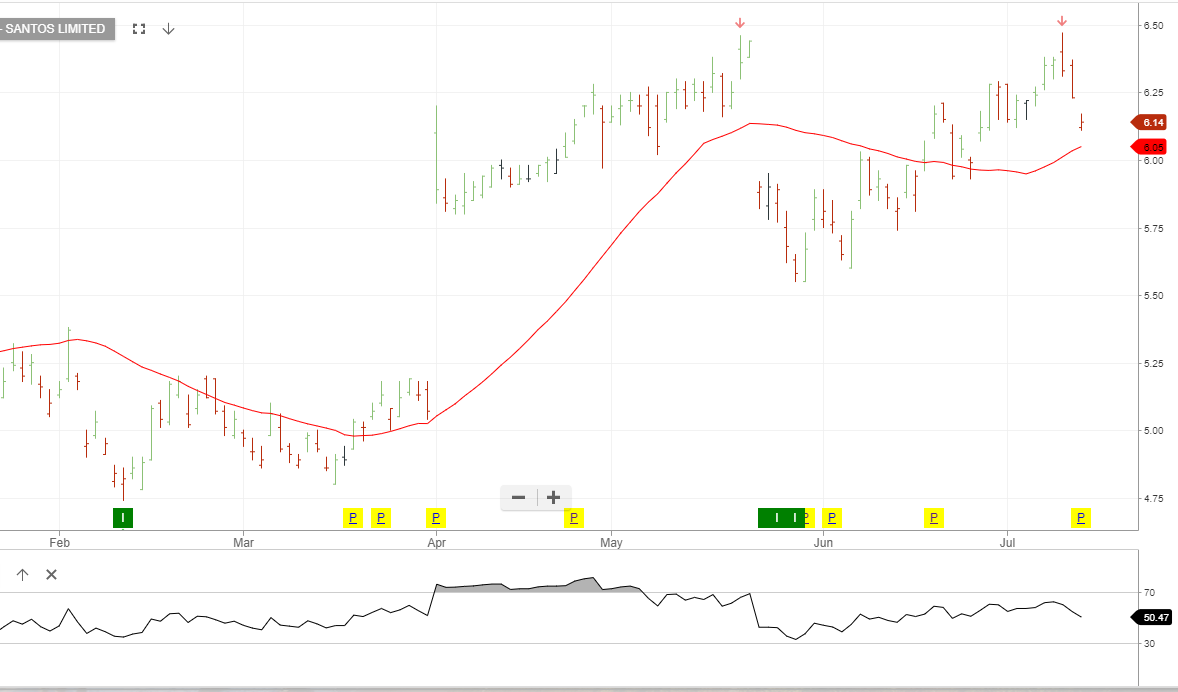 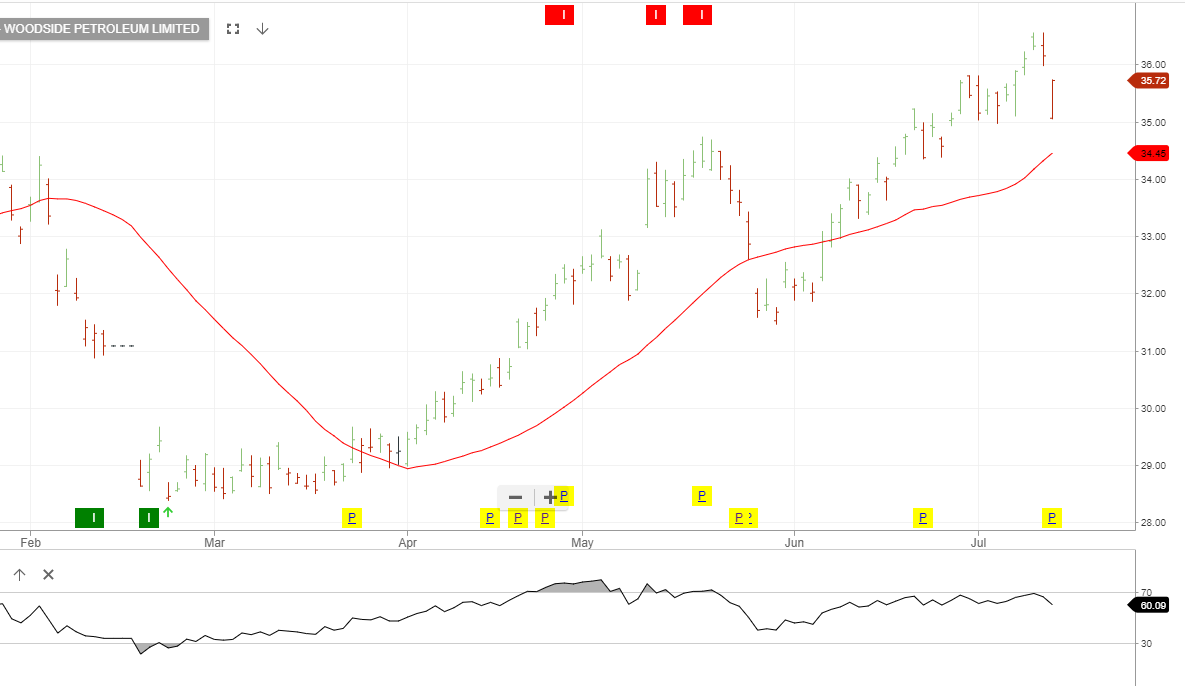 Prices of all grades of Crude Oil pushed higher overnight as OPEC members prepare to vote on future production levels today in Vienna.

Reports from the meeting have shown no clear consensus from the cartel with the Saudi’s proposing an increase of 1 million bpd, Qatar suggesting 500,000 and Iran rejecting any increase in the daily quota.

Market reports suggest a 500,000 increase is the likely outcome, which would be moderately bearish for crude prices. The result of the vote is expected by 10:00pm, Sydney time.

Both OSH and WPL have been trading near the top-end of their recent ranges and will likely be driven by OPEC’s decision next week. 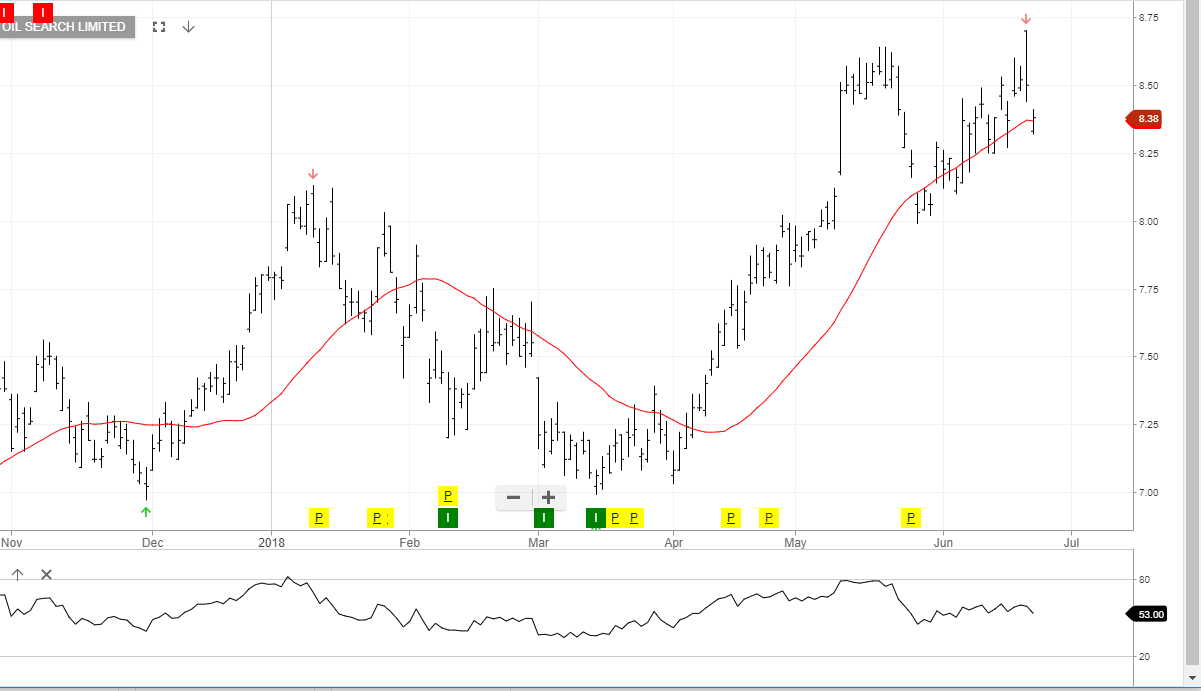 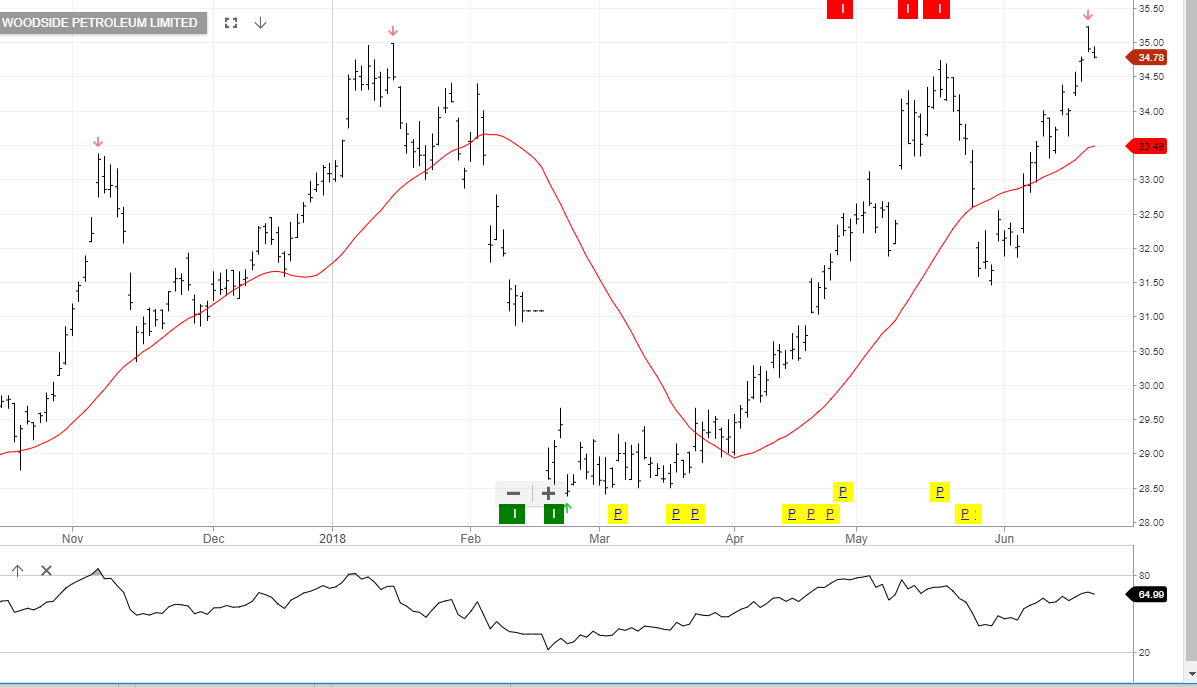